Students create powerful videos about suicide prevention: ‘It could save a life’

Ben Finnie never wants another family to feel the pain that his endured last summer when his older cousin committed suicide.

Kaleigh Finnie, 19, a bubbly college student from the Woodlands, Texas, took her life on June 15, 2015, leaving her family to wonder what they could have done to prevent the tragedy. 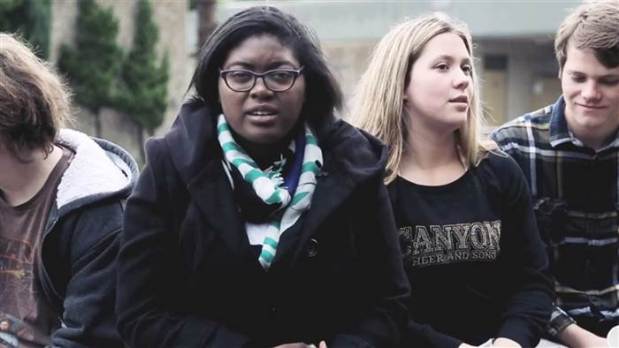 “I think if she had have reached out, her parents and her friends and family would’ve done everything they could for her,” Ben Finnie told TODAY. “Talking to them in the aftermath, they were so broken up. They feel like it’s their fault, when it’s not. They would’ve done anything to help her.”

Finnie, 16, is now helping to spread the word about suicide prevention and erase the stigma of mental health issues by working with the Directing Change program in California. The student at Murrieta Valley High School is one of more than 2,000 California high school and college students who have created 60-second public service announcement videos about suicide and mental health to raise awareness around the state.

To continue reading click here to be directed to Today.com.

By: Farin Montanez, Fresno Bee
Depression has no culture.

This is the message four Clovis East students set out to illustrate in a 60-second public service announcement on suicide prevention.

Their video won second place — and a $500 prize — in a statewide filmmaking contest called Directing Change, which aims to fight stigma around mental health challenges and prevent suicide.

“As peer counselors we’re a group of kids that go around counseling other kids that need it,” Adryauna said. “We talk about things that nobody else talks about. Situations come up that fall into that category (depression and suicide prevention) and we have to learn to deal with it.”

Davis learned about the film contest via a forwarded email from Gateway/Enterprise counselor Denise Sandifer.

“I thought this is perfect for our kids,” Davis said. “As peer counselors this is what we deal with on a daily basis.”

There was just one setback.

“As a peer counseling and health teacher, I have no video equipment,” Davis said.

He contacted Directing Change and through it, Brian Bishop of the Fresno County Behavioral Health Department came to the rescue. 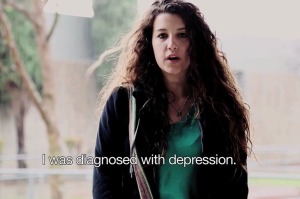 He felt a little strange about winning, he said. Prior to the contest he had not thought much about raising awareness of mental illness. He’d joined the contest only because the teacher of his film class at Canyon High School in Anaheim had suggested it. Little did he know that it would soon figure prominently in his family life.

Walker’s video, “If We All Speak Loud Enough,” starts with teens silently mouthing their diagnoses into the camera, accompanied by subtitles: depression, bipolar disorder, post-traumatic stress disorder. By the end, they’ve all found their voices.

People with mental illness often feel they don’t have the power to speak up.

Walker, now a 20-year-old student at Chapman University in Orange County, describes the experience as “eye opening” and “life changing.” He credits the program that sponsored the film competition with giving him and his family the tools they needed to help his younger sister, who was diagnosed with depression and anxiety shortly after the contest.

Walker is one of 4,000 students in California who have participated in the Directing Change Program and Student Film Contest since it started four years ago. The goal, program officials say, is to reduce stigma and cultivate acceptance of mental illness among young people, ages 16 to 25. They say it’s working.

To continue reading click here to be directed to California Healthline.

Sutter Health has signed a contract to offer its HMO in the private insurance exchange CaliforniaChoice as early as December.

The deal with the exchange for private-sector small employers still needs final approval by state regulators.

If approved, the move offers Sutter Health Plus a new forum to expand enrollment among small-business owners. It gives CalChoice traction to gain membership in Northern California — and it adds another plan to a private-sector competitor with Covered California.

“We want to get it done,” health plan CEO Steve Nolte said. “We think it’s a good fit for us.”A Southern California-based private exchange, CalChoice has about 12,700 employers in its program and 220,000 members.

“We believe in the Sutter model in terms of brand and we’ll help them maintain that,” said Ron Goldstein, president and CEO at Choice Administrators, which runs CalChoice. “It’s a very good fit for us. We were like them 19 years ago and know what its like to start from scratch.”

Launched in January 2014, Sutter Health Plus is available in nine counties in the Sacramento and San Joaquin valleys. The plan has applied to the state Department of Managed Health Care to expand coverage to the Bay Area in time for enrollment in 2016.

To continue reading, click here to be directed to the Sacramento Business Journal.