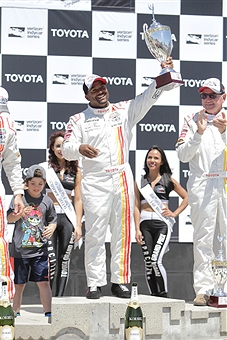 favorite event at the Grand Prix of Long Beach.

“I owe an awful lot to the city of Long Beach, they’ve been so supportive, and to Toyota, 40 years putting on this fantastic Pro/Celebrity Race and promoting Long Beach the way they have,” Ribeiro said.

“It is just an amazing event and who won was the kids this event supports,” said Papis. “This is the best street course in America, maybe the world.”

To continue reading click here to be directed to the Los Angeles Times.